In this edition: robotic Aquaman, bricks as power banks, and keepin’ it cool… without A/C!

Most of us have a role model. Many aspire to personalities found in Fortune Magazine. But a group of researchers take their inspiration from coral polyps! A team of scientists from the University of Warwick and Eindhoven University of Technology has developed a tiny aquatic robot made of responsive polymers. It moves under the influence of light and magnetism, and removes contaminants from water. This little guy only measures 1 by 1 centimeters, but it is precisely this small size that makes him a promising candidate for many applications. Robotic Aquaman could not only clean contaminated water and address the challenge of ever-increasing water pollution we face. Another possible application we are excited about is health diagnostics: the artificial polyp could be deployed to pick up and transport cells for analysis in diagnostic devices. Nature inspires innovation once again! Read more

The last time bricks were called ‘innovative’ probably dates back to the Romans. Bricks are cheap, reliable, and widely spread. But at the same time, they are space-consuming. However, that “space” may now be efficiently used to store electricity. Scientists of the Washington University have adapted their porous inner network to transform bricks into ‘smart bricks’. They basically function as batteries. The brick’s coat is a conducting polymer called PEDOT. It penetrates the porous inner network, transforming the brick into an ion sponge that stores and conducts electricity. First applications for these bricks could be the provision of emergency lighting. But the scientists already work on integrating solar paneling technology, with the goal of increasing energy independence. Bricks come en Vogue – again! Read a summary here or, if you want to geek-out a little on the details, check out the scientific paper in Nature here

Keepin’ it cool … without A/C!

On days like these, when the thermometer slowly creeps into the thirties – or eighties 😉 – life tends to slow down and we fondly think back to those fresh spring mornings. In offices, shopping centers, and public transport, A/Cs reach maximum, in the hope to escape the heat. Currently, spacial cooling accounts for 10% of all electricity consumption in the US. But cooling an entire room or even building, is incredibly inefficient when all that really needs to be cool is our immediate environment. To tackle this problem, researchers associated with the American Chemical Society developed a material that cools the wearer without the use of electricity! That in itself calls for celebration, but applications go beyond human clothing… The team envisions the material’s usage for thermal management of electronic devices, for solar energy collection and even for seawater desalination. Keepin’ the environment cooler as well! Read more

In this impresso: dust-busting on the Moon, paper-based tablets, and artificial skin mimicking our body’s sensory skills. 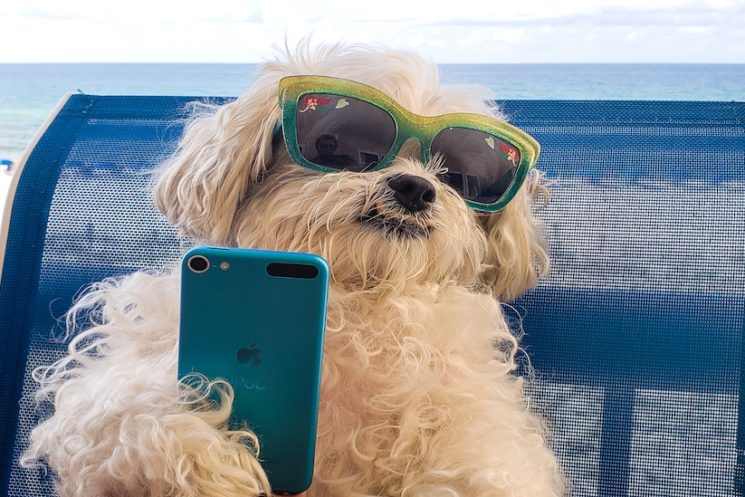 Print yourself a house and self-healing polymers – IMPRESSO #33

In this IMPRESSO: print yourself a house, a selfie a day keeps the doctor away, and self-healing polymers.